Lesson 11 The Church Complete: THE NEED OF UNITY IN THE CHURCH 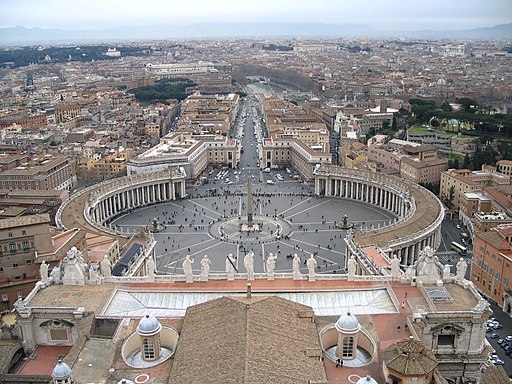 By valyag (Own work) [GFDL (http://www.gnu.org/copyleft/fdl.html) or CC-BY-SA-3.0 (http://creativecommons.org/licenses/by-sa/3.0/)], via Wikimedia Commons

Nothing can be worse to Christ’s Body than the breaking of that Unity; it is and shall always be the worst scandal in the Church.

It is easy to imagine the misery someone would live in if the members of his or her body fought one another and did not obey the command of the brains. Just imagine what would happen if hands denied feeding the mouth and putting clothes on the body; just imagine what would happen if legs felt jealous or envious of the other members and denied carrying them: how miserable would the body feel…? Just imagine if the heart fought the brains and decided not to beat anymore…

We could give wings to imagination and multiply these examples, though this unfortunate person would in the end suffer a terrible death as a final consequence of this war. The same can happen to the Church if there is no unit and harmony among Her members. Unfortunately there are so many divisions inside the Church, caused by the sins of Her children, that the fact that the Church still exists and survived all kinds of crises is in itself the greatest evidence that She is divine and supported by the Lord Himself.

“So I say to you, you are Peter, and upon this rock I will build my church, and the gates of the netherworld shall not prevail against it” (Matthew 16, 18).

Inside this most beautiful Body of the Christ, united and vivified by the Holy Spirit, all the members are like cells: each one performs essential tasks to keep the Body alive.

“As a body is one though it has many parts, and all the parts of the body, though many, are one body, so also Christ. For in one Spirit we were all baptized into one body, whether Jews or Greeks, slaves or free persons, and we were all given to drink of the Spirit” (The First Letter to the Corinthians 12, 12-13).

The Apostle is really inspired when he compares the Church to a body:

At the end of his reasoning, the Apostle concludes: “Indeed, the parts of the body that seem to be weaker are all the more necessary” (The First Letter to the Corinthians 12, 22).

Professor Felipe Aquino is a widower, father of five children. On TV Canção Nova he presents the program “Escola da Fé” [School of faith] and “Pergunte e Responderemos” [Ask and respond], on Radio he presents the program “in the heart of the Church”. On weekends he preaches deepening meetings throughout Brazil and abroad. He wrote 73 books of Catholic background by publishers, Loyola and Cleopas and Canção Nova. His teacher’s page:www.cleofas.com.br Twitter: @pfelipeaquino