Speak Lord, Your Servant Is Listening 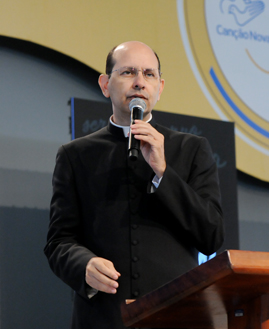 The Lord is speaking, but we do not want to hear Him
Today, young peopleare like sheep without a shepherd . But this is not because of lack of pastors in the Church, because we have many bishops and priests.

When we think of a flock of sheep, we soon imagine a beautiful field, where the sheep graze, and a shepherd is sitting in the shade of the trees tending them.

In the time of Christ, He presented Himself as the “Good Shepherd”, because He had compassion on the people, since the ones the Jews considered shepherds, the chief priests and the lawyers, were not caring for the flock. Thus the flock suffered attacks from the wolves and, Jesus, was willing to lay down His life for His “sheep.”

The failure to listen to the Good Shepherd began from the lie told to Eve in Paradise. One fine day, Eve talked to the serpent in the Garden of Eden. The serpent advised Eve to eat the forbidden fruit, but God had already instructed her not to eat it. Eve believed the serpent’s lie and this was because she would not listen to the Lord.

Disobedience to God
According to Sacred Scripture, Satan is the father of lies. Therefore, when we listen to Him and fail to hear the Word of God, out of pure rebelliousness, we fall into the serpent’s lie. This lie leads us from death to death, from disgrace to disgrace.

Jesus the Good Shepherd
To hear the voice of Christ, we must stop running from the voice that sounds in our heart.

Just as the Father is love, we must love and be loved. Only really loves those who do not give up on each other.

We need to help each other to go to Heaven.