Celibacy and marriage are two different but not opposed vocations.

The sixth commandment of God’s Law is to keep chastity in words and deeds. Its scope also includes the discovery of the meaning and value of consecrated celibacy, and it implies living by those who have received such a divine gift.

There is, however, another phenomenon in our society that makes it difficult to recognize the value of consecrated celibacy: the growing number of people, men and women living unmarried for reasons of personal independence or dedication to a cause for which they are passionate and it absords them. Disinterest in marriage may also be motivated by a lack of attraction to the other sex, not believing in marriage, some immaturity, or fear of making definite commitments. In these motivations comes the increasing difficulty of establishing mature and stable affective relationships on the part of many people.

What difference is there between the Christian life in celibacy and these human situations, chosen or involuntary? The outer form of life may be similar, but the motivation, the spirit, and the purpose are very different. 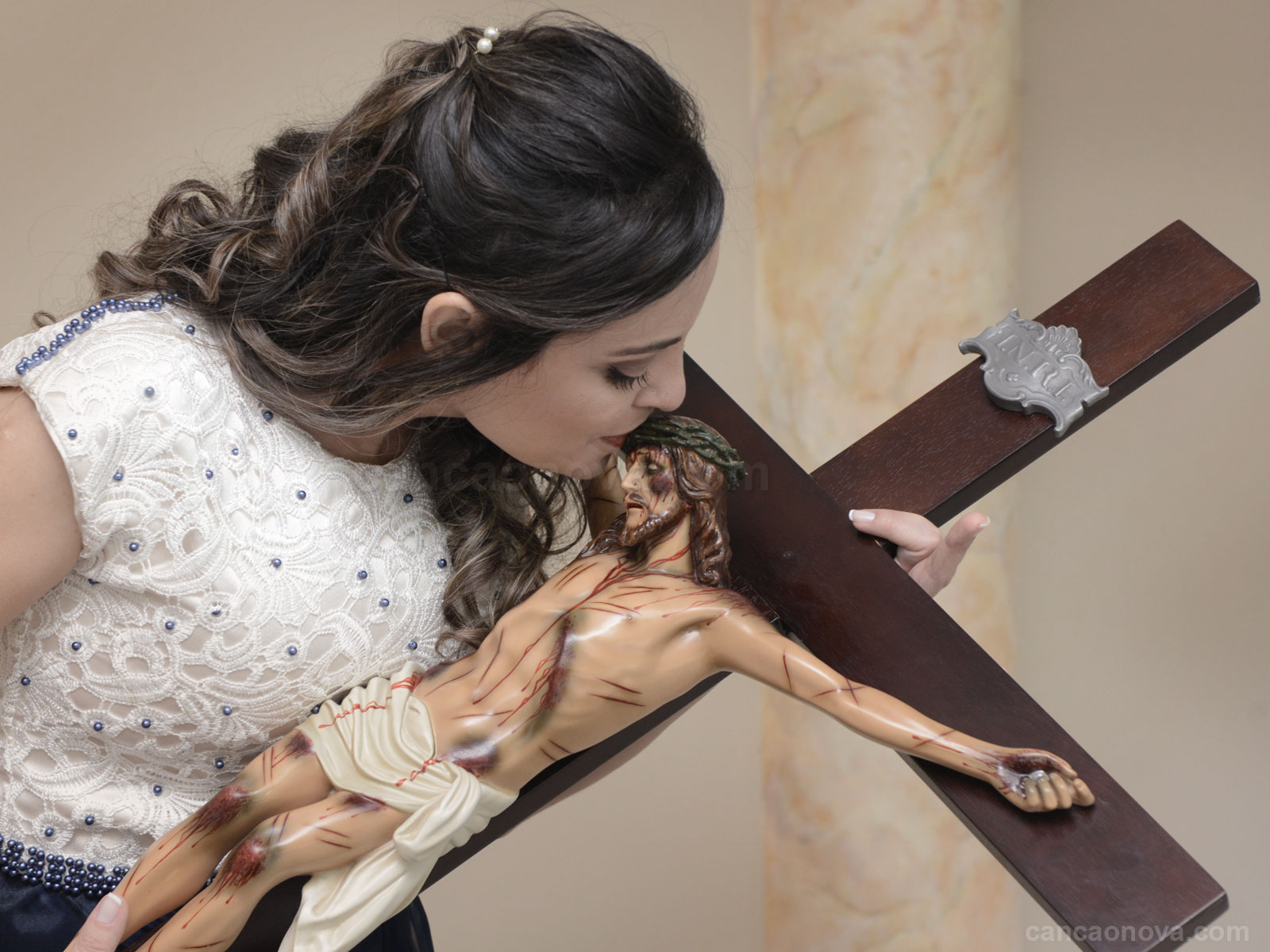 We can distinguish three ways of living celibacy by Christian believers:

When the Christian faithful discover in their status as a celibate a vocation to God and accept it of their own free will, their celibate life can become an assumed and valued vocation. One can then, as the Catechism of the Catholic Church (CCC) says,live “his situation in the spirit of the beatitudes, serving God and his neighbor in an exemplary way” (no. 1658). This form of life may not be definitive, and the person can be called to marriage at any age.

They definitively assume celibacy for the Kingdom of Heaven, those who consecrate their lives totally to God and, therefore, renounce marriage. This choice results from the perception of the love of Christ and his call, positively reciprocated in a growing relationship of love for him. In this case, the motivation for celibacy is theological and charismatic, it is a divine grace that the person has received and which freely corresponds with the total surrender of oneself to God.

Another form is priestly celibacy. This, in a sense, unites the two previous forms: on the one hand, it results from the fact that the person feels the vocation for the sacred ministry; on the other hand, corresponds to a surrender of oneself to the service of the Kingdom of God. The motivation is markedly apostolic, but based on theological and charismatic reasons. The Catechism says: sacred ministers “Called to consecrate themselves with undivided heart to the Lord and to “the affairs of the Lord,” they give themselves entirely to God and to men. Celibacy is a sign of this new life to the service of which the Church’s minister is consecrated; accepted with a joyous heart celibacy radiantly proclaims the Reign of God “(No. 1579, cf. 1599).

Vocation to love and communion

Like marriage, celibate life is also the fulfillment of the vocation to love and the communion to which all are called. Responding to such a vocation inscribed in his own being, the human person realizes his condition and dignity of image and likeness of God, that “it is love and lives in itself a mystery of personal communion of love” (CCC, 2331). There can be no celibate option that is not motivated by love of God and neighbor. Even in the first way outlined above, if a person assumes his condition as God’s will, he can not but direct his life by love, opening himself to an ever deeper relationship of communion and service.

Being a response to the vocation to love, celibate life does not mean disdain or a negative view of sexuality. This, as the Catechism states, “affects all aspects of the human person, in the unity of his body and his soul. It concerns, in particular, affection, the capacity to love and to procreate, and, more generally, the ability to create bonds of communion with others “(CCC, 2332). By choosing celibacy, one renounces a way of living sexuality , to surrender to God “with an undivided heart” (CCC, 2349). It redirects the sexual drive and energy, giving it another meaning and purpose, for a spiritual fecundity. Like Christ, the celibate also delivers his body, and his whole being, out of love for God and for humanity. In this total gift, through an oblative love, he lives the chastity proper to his condition.

Celibacy, like marriage, implies a life of relationship with others and not of solitude, it is a path to maturity and not deprivation. It is the expression of a freely given self-giving and not the result of any frustration or disappointment in the affective relationship. It also implies a certain experience of sexuality: not in physical union, nor in narcissistic self-satisfaction or in the search for reciprocal pleasure and expression of mutual affection, but in its spiritual sublimation through self-control. This personal liberty is a condition for making a total and definitive gift to God, raised by the grace received from Him. The celibate renounces: “to physical intimacy in order to a more perfect availability”; “To the human warmth of a family , to become the father or mother of humanity”; “To the continuation of life in their own children for a life that has no end, the life of God in people” (E. Pepe).

Life in celibacy is an option of love.

Life in celibacy is therefore also an option of love, but Christ-oriented. The person gives to himself, not to a person of the other sex with whom he has established bonds of affection, but to the Christ in whom he believes and for whom he believes to be loved. His surrender means taking over a life that is renewed by Christ and pierced by the power of the Spirit. The person donates himself in all his being, also in the physical dimension, but he does it in a different way from the one that is lived in the matrimony.

There is a text by Chiara Lubich that speaks of chastity as “to dilate the heart according to the measure of the heart of Jesus”. By doing so, one strives to love each brother ‘as Jesus loves him’. The author calls this the “chastity of God.” By choosing celibacy for having felt the great love of Christ for him, the faithful Christian strives to live the love according to the measure and measure of Christ. For him, love for Christ and for his brothers is one and the same love. And it is always about loving for Jesus, for a grace that comes from Him. It is a love to all, universal, but lived in the bestowal one by one, that is, to the one I meet, who passes through my life. Here is the originality of love in the celibate person, which is different, therefore, from conjugal love. This always passes through the human expressions of sexuality and tenderness.

Read more:
:: How can parents help their children discover their vocation?
:: Young doctor confirms professional vocation at Canção Nova
:: God calls every man to holiness
:: What can I do to become a member of the Canção Nova Community?

Links above are translated from Portuguese through Google translate

Generate life in the spiritual dimension

Giving freely of oneself to the other, faithfully, as Jesus loves, is what makes love pure and chaste, both in married and celibate life. In the first, the physical expressions of love do not degrade it; in the second, you do not have to choke your heart or repress love, for you will always find beautiful expressions to love your neighbor in a concrete and sensitive way. In the first case, love always unites those who live it and narrows the bonds between people. It is lived in mutual giving and welcoming. In the celibate, love does not hold, but it liberates, it is lived in generosity and detachment, it makes the person gift to others without waiting for compensation.

The love of the celibate is also to be fruitful, to generate life not in the physical sense, but in the spiritual dimension. Through love, celibacy generates the life of Jesus in the souls he meets, creates spiritual bonds with people and can even exercise a spiritual fatherhood, making them feel regenerated, receiving a new life: that of God. In this way, it also enriches humanity , contributes to its qualitative and spiritual growth.

Whoever is called to celibacy, consecrating his life to God, renounces married life. It almost fulfills the word of Jesus: “Whosoever shall not forsake all that he has, can not be my disciple” (Lk. 14:33). He renounces genital sexuality, the relation of affection with another person, to fatherhood or biological maternity, to constituting his family, to detach himself from everything and from every person, to follow Christ more closely and to live a special communion with him. From this relationship, in the Holy Spirit, through love, a new family, the Christian fraternity, which can take on multiple forms and which translates into the life of the Christian community and its variety, will emerge. If you do not generate the community of the sons and daughters of God, celibacy becomes unhealthy. Without paternity or spiritual motherhood, the celibate runs the risk of becoming sterile and experiencing the sense of loss, frustration, incompleteness, failure to reach fullness.

“Blessed are the pure in heart, for they shall see God” (Mt 5, 8). The celibate, who assumes his vocation freely and lives it faithfully in an unconditional gift to God, in love and generous service to his brothers, truly experiences happiness and truly “sees” God in his life. He left everything for the Lord and nothing is lacking. He renounced constituting a family and lives surrounded by brothers and brothers, of sons and daughters, in a great spiritual family reunited in the love of Christ.

His life is very different from that of many fashionable singles, centering on themselves and their pleasures, generating and managing solitude, which produces a void of soul and boredom. Living in celibacy, preserving the chastity of the heart, requires effort to correspond to the grace of one’s own vocation. First and foremost, care must be taken to maintain and consolidate personal liberty, to love ever more, and to maintain vigilance over all situations that may call into question. And, in the face of limits and failures, the celibate will embrace the cross and begin again in the commitment for fidelity in love. The relationship with God, ever deeper, cultivated in prayer, and a healthy fraternal communion, helps us to remain faithful in the very giving of love.

Celibacy and marriage are two different but uncontested vocations. Celibate and married, happy in their vocation, should be a stimulus and help to each other, sharing their own gift, recognizing and cherishing that of others, in an ecclesial communion operated by the Holy Spirit .