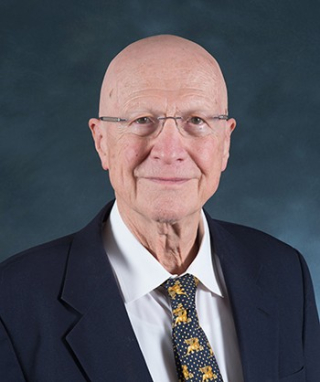 Boston College philosophy professor Dr. Peter Kreeft is a prolific writer. He uses his Socratic writing skills to teach about how to come to know God and how to live as a Christian.

His latest book Probes: Deep Sea Diving into Saint John’s Gospel. (Ignatius) is written as a series of 1450 reflection questions to dive deeper into the message of the Gospel. The format is, actually, passages from John’s Gospel and then discussion questions that challenge one on all elements of faith and life in the world today. The intended audience is not any group exclusively, such as Catholics, but anyone interested in probing John’s Gospel including non-believers.

I spoke with Dr. Kreeft recently about Probes, his writing style, the Church and the unique format of his presentation of the Gospel of John.

People often ask me questions like that and I can’t answer them. I don’t know where the inspiration came from. I suspect it has something to do with the fact that I admire Socrates and the Socratic method and I write a lot of dialogue books where Socrates interviews the great philosophers. I have this habit of dividing my mind up into two halves each half asks the other questions and answers them. So, the method of question and answer I think is a good and natural method, especially from the Bible because it comes from the Rabbinic method which is similar to the Socratic method. Jesus participated in that at age of twelve in the temple. What was he doing there? He was asking and answering questions so I think it is quite appropriate.

I do not know if this had anything to do with it. It reminded me of some of the tests I had in college because it was all questions.

Yeah and the Bible tests us. Usually you look at it as a set of answers to puzzles, but equally a set of questions and we have to give the answer. The Epistle to the Hebrews says that the word of God is a sharp two edge sword piercing asunder the soul and the spirit (cf Hebrews 4:12). It actually questions you, when you read the bible right, that is when you read it as prayer. Reading and praying can be simultaneous. You don’t look at a dead picture hanging on the wall, you look at somebody looking at you from the other side of the window.

Unless the art is an icon and the icon in the orthodox theology mediates the actual presence and soul of the saint. So, there you are interacting indirectly with a person who is acting back on you. You are not just looking at it, you look along it.

One of the fascinating statements that you make on page 106 is: “Why do many feel threatened by great saints rather than great sinners?” I never thought of this, but now that is exactly what we see.

We obviously see it in Christ; people so threatened by him that they had to kill Him.

The Church is going through a hard time and we know some of the reasons for it but I also think there is a part that people feel threatened by the Church.

Of course, because the Church calls us to a higher ideal than we find comfortable. We like to sit on our laurels and take it easy and the Church keeps kicking us in the pants and says: “Get moving. God calls you to be a saint, you are along way from that yet.”

Where are you going with that? 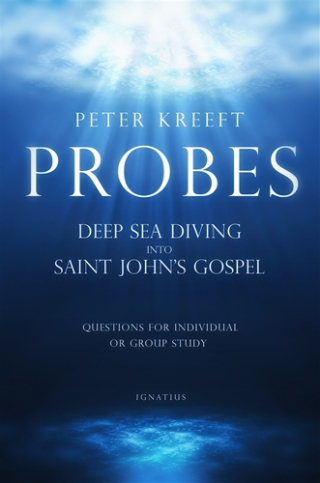 Well I am trying to counter a very common mistake that we make in reading, not just the Bible but in many other books too. The mistake is to interpret the book in accordance with our own beliefs and that is a confusion because the book comes from another person’s mind. You want to understand that mind before you decide whether to agree with it or not, to believe what it believes or to disbelieve what it believes. In order to decide whether to believe or not, you first of all have to understand it. Therefore, you have to interpret it according to the author’s mind not according to your mind.

When a Gospel writer says: “I was there. I saw it happen and I heard these words being spoken.” He tells us that, you can’t interpret that symbolically as if he is only telling a story, a parable.

As I was reading that, one of the thoughts I had is that this teaching plays a part in everything that has to do with people arguing over certain elements of doctrine.

Yes. Since the Church is the body of the Holy Spirit, if the Holy Spirit is the soul of the Church, when we deal with Church doctrine, we are not dealing with a personal abstract idea. We are talking about the mind of a person and, therefore, we have to interpret those words in the context of the knowledge of that person and all the rest of that person’s revelation to us — the person, of course, being God himself

Which is exactly your point with interpretation is not the same as belief.

Right first you read it, then you interpret it and then you decide whether to believe it. You cannot reverse that order.

I am here in Allston, Massachusetts and I have a Brazilian Community and the Brazilian Bishops are very much into the Bible. A few years ago, they had a financial drive to get the Bible into the hands of every Brazilian in the country. They also reserve September as the Bible study month and they offer one book to study. It just so happens that this month they are studying the Gospel of John. I found their work and their display of the Bible fascinating.

It seems the US Bishops are not as so focused. Obviously, they are a whole different group they are not the same.

I wonder if you feel that has any issue with respect to the culture or any source of that in the culture. Why would you think the Brazilian bishops are focused on the Bible this month where I don’t see that in the Americans.

I am not a sociologist and I cannot answer that as Brazil vs America but as an amateur theologian, I think that neglect of the Bible is inexcusable because here we have the very word of God — divine revelation. It is a touchstone for everything else. So instead of interpreting the Bible by anything else like our culture’s presupposition or our needs or your sincerely held but only personal beliefs, I think you have to interoll all other things by the Bible. Like Christ himself it claims to be the very word of God and if it isn’t, it is the world’s biggest fake and if it is, it is the absolute standard.

You write this book not just to Catholics but to anyone who wants to read it but you make it clear it does not matter if you are Catholic or not or if you even believe or not.

Right, Protestants and Catholics have at least the Bible in common. We disagree about the Church and the Church’s tradition but at least we have the Bible.

You know I found the way you write this book, even though it is questions for discussion, you deal with just about every issue we deal with, not just in the Church but in the faith. For example, you address the issue of prosperity doctrine, you even address that Jesus calls God Father when in fact you mention that God has no gender. Maybe I should ask what led you to the different passages. As a writer myself, I am one of those seat of the pants writers. I write as I see it come together. Did you plan that out ahead of time?

Absolutely not. I don’t write that way. I don’t first of all identify a need and then write a book to fulfill that need. In this case, I find a great book, perhaps the greatest of all the books in the Bible and it just happens to cover these hot button issues and pretty much everything else that we need to know. That is why I address them. In other words, I don’t use the book as vehicle to go where I want to go. I am a passenger and I let the vehicle take me where it will.

So, you are almost as they call them a seat of the pants writer?

Yeah, I like to think it something like what the Jews call midrash — personal interpretation, intuitive interpretation of the book, trying to let the book speak through you.

What do you see is the greatest issue facing the Church today?

Same as it always was good vs evil, Christ vs Anti-Christ, light vs darkness. How to be a saint and how to combat the devil who does not want you to be a saint.

And what about the nation the United States?

Well in the Bible you don’t have a fundamentally double standard. The nation prospers when it is good and holy and individuals prosper when they are good or holy. So, the relation between the nation and God and relations between the individual and God, are obviously structurally differently but it is not ontologically different. It is the same God. So in so far as the nation would within its public and not private bounds and pluralistic and not singly religious identity in so far as that nation does God’s will, it will be blessed and as far as it doesn’t, it won’t.

This usually comes up around Christmas, I always bring up that whenever you see first John the Baptist and then Jesus appear on the scene, imagine a big clock count down from forty to zero. I explain that forty years later the Romans are going to come in and destroy the temple and I think Masada happens a few years later. Do you see any similarities between that time and our current time?

That is a good question. No, because I don’t claim to have a crystal ball. We read the bible with Epimethean vision instead of Promethean vision that is we look back on things we know already happened rather than looking forward with the eyes of the prophet. No, I am not a prophet. All I know is that our future is open. There is free will. We can choose between good and evil and we can repent and convert and be blessed or we can continue to slide down the way of decadence into the garbage can.

Is this the first book in the series?

It is not a series I do not know if I am going to write another like it or not it is a one of kind as John’s Gospel is one of kind.